COVID-19 UPDATE: Our Service & Parts operations are OPEN. Car Sales will be conducted virtually by internet, phone and text. Click here for more details.
We’re Offering a COMPLIMENTARY OIL CHANGE for all HEALTHCARE PROFESSIONALS thru April & advise our customers to check for any Open Recalls on your vehicle.

You don't have any saved vehicles!

Look for this link on your favorites:

Once you've saved some vehicles, you can view them here at any time.

Where are INFINITI Cars Made?

The INFINITI brand is a worldwide success, inspiring drivers from Europe to Asia and North America – including right here in Bridgewater! But where are INFINITI cars made and who makes INFINITI? This brand is a part of the Nissan family of vehicles, representing the luxury segment, and headquartered in Japan. But a company this popular can’t be confined to just one continent! Find out where are INFINITI cars made around the world and see why so many Princeton, NJ drivers are lifelong fans. But first, who makes INFINITI?

The Nissan Motor Co. has been a titan in the auto industry for years and years, but in 1987, they decided to take the bold step to expand into the luxury performance market. The Nissan Motor Co. saw potential to appeal to customers who desired higher horsepower, sophisticated designs, and state-of-the-art technology. And so INFINITI was born, rapidly expanding into models ranging from cars to crossovers to SUVs. Decades later, INFINITI remains one of the most popular luxury lineups in the market for its exceptional performance and stylish good looks.

Where is INFINITI Made?

INFINITI and Nissan are both primarily stationed in Japan, and while this country serves as the official headquarters for the brands, INFINITI also has global factories across the world. In fact, two popular models are produced in North America: the QX60 in Tennessee and the QX50 of Mexico. Where are the other models located?

Find Out More about the INFINITI Lineup

Now that you know where INFINITI cars are made, why not get a closer look at the lineup? If you’re in the Bensalem, PA area, Flemington INFINITI of Flemington can get you behind the wheel today. Compare INFINITI vs. Lexus, explore the INFINITI SUV lineup, get inside the 2020 INFINITI QX60 interior, or take a test drive in any other model that catches your eye in our new inventory. And if you find your perfect match, our finance department can walk you through the process of financing a car. Contact us to get started!

You don't have any saved vehicles!

Look for this link on your favorites:

Once you've saved some vehicles, you can view them here at any time. 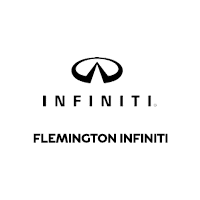